Core Development hunts infill sites in and around GTA 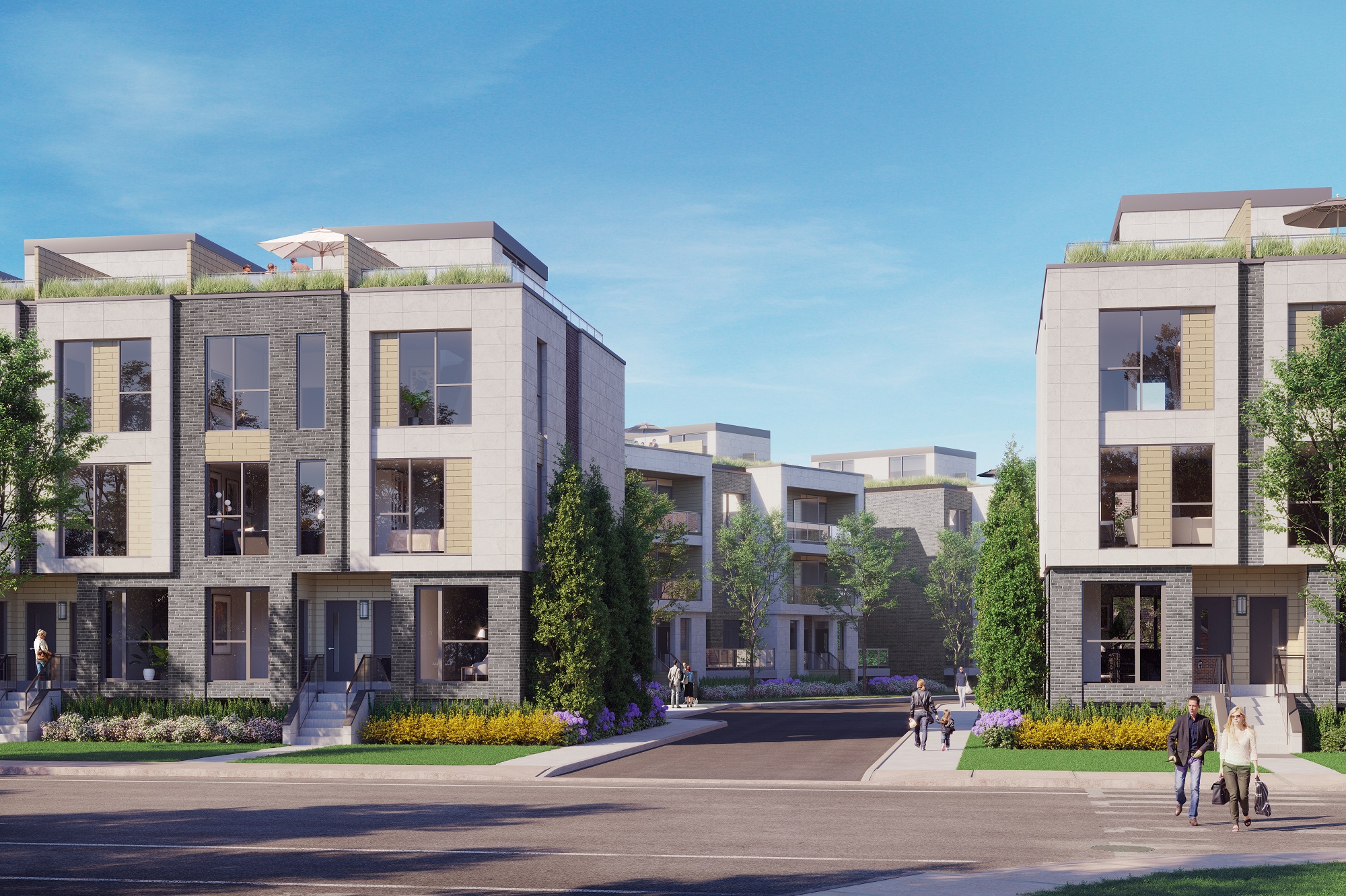 Toronto's Birch Cliff neighbourhood appears on the brink of a mini condo boom as the southern Scarborough community draws in investment with competitive land prices. Core Development Group is leading the charge to bring new housing to the established low-rise neighbourhood, with one project already under construction and another on the way that both aim to respect the local context while contributing much-needed housing.

Their first project being added to the neighbourhood—Birchcliff Urban Towns—kicked off construction this past summer at 1665 Kingston Road, just west of Birchmount. Core's entry into the neighbourhood will introduce 52 three-storey townhomes across multiple blocks, with architecture by RAW Design and interiors by U31. The project's location in an emerging area of Scarborough's Upper Beaches is making it a great entry-level home option for first-time homebuyers and new families.

Almost exactly one kilometre to the west, Core is preparing to bring another new low-rise community to the area with their Clonmore Urban Towns development. Set to rise on Clonmore Drive, between Gerrard Street East and Warden Avenue, the project's seven blocks of three-storey townhomes will also feature architecture by RAW and interiors by U31.

The Clonmore project is one of a few that will help populate the former Runnymede Lands, the site of the disused Birch Cliff Quarry that was filled in during the 1950s and 60s, and only partially redeveloped in subsequent decades. Much of the former quarry lands still sits awaiting development, and projects like Clonmore Urban Towns will help to reintegrate the land into the surrounding community with new housing.